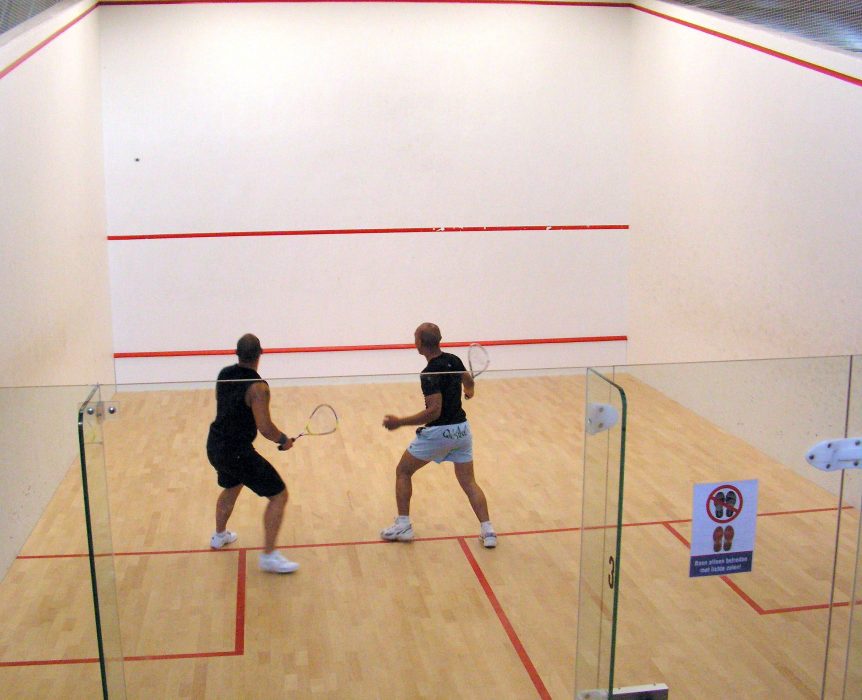 Our squash court is available for hire everyday, just call us for more information or to book your court.

Squash was invented around the 1800’s, pupils discovered that a punctured racket ball, “squashed” on impact with the wall, produced a game with a greater variety of shots and required much more effort on the part of the players, who could not simply wait for the ball to bounce back to them. The variant proved popular and in 1864 the first four Squash courts were constructed school and Squash was officially founded as a sport in its own right.

Squash is played in more than 185 countries, on nearly 50,000 courts, and the governing body WSF now has 147 Squash playing National Associations in membership.
It is the sole International Federation for the sport, as recognized by the International Olympic Committee, and maintains responsibility for the Rules of the Game, Court and Equipment Specifications, Refereeing and Coaching.
The WSF maintains a World Calendar of events, organizes and promotes World Championships for Men, Women, Junior Men, Junior Women and Masters age groups in both singles and doubles.
Squash has been played for over 140 years, grown sensationally in the last forty and is now poised to become one of the largest and best loved of all sports.